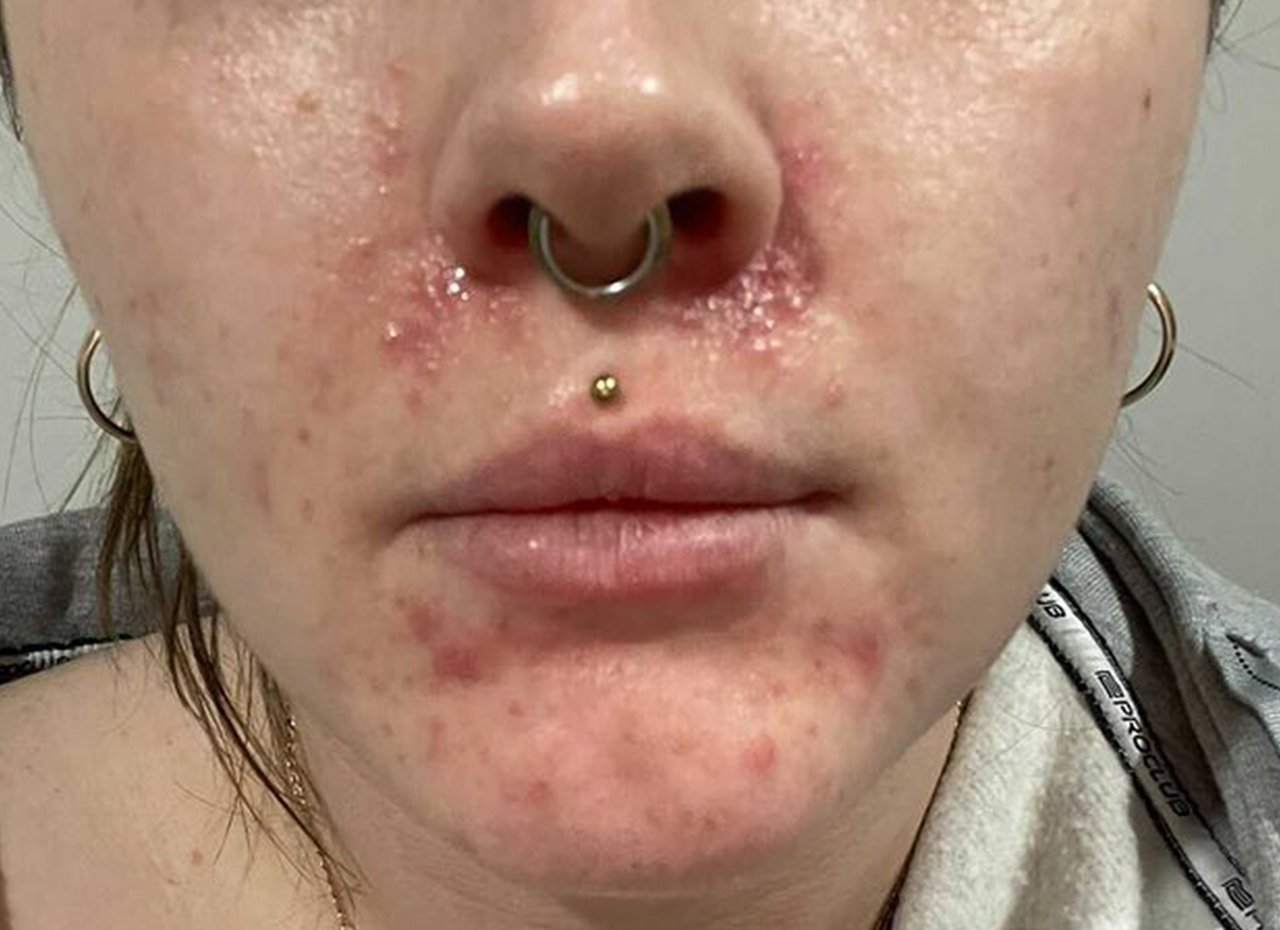 Fact: undiagnosed coeliac disease can lead to the development of dermatitis herpetiformis.

We often look to topical agents to resolve our dermatitis, however, the food we eat can play an important role, particularly when it comes to dermatitis herpetiformis. Whilst there are many causes of dermatitis, one which is less commonly known about is an autoimmune condition called, coeliac disease. For dermatitis herpetiformis, the main long-term treatments is a strict gluten-free diet. Whilst manageable, correct diagnosis and proper treatment is key to improving your symptom and quality of life. Let Ellie Thompson, Accredited Practising Dietitian teach you a lesson on coeliac disease and dermatitis, and role food plays in their management.

Coeliac disease is an autoimmune condition where the body’s immune system reacts to a protein called gluten (found in wheat, rye, and barley). This immune response causes damage to the lining of the small intestine.

Tell me more about coeliac disease?

In the long term, this can affect your ability to absorb essential nutrients such as iron and calcium. Undiagnosed coeliac disease can cause low bone density, infertility, low iron due to poor absorption, as well as chronic inflammation. In addition to the above-mentioned complications, undiagnosed coeliac disease can also lead to the development of dermatitis herpetiformis.

And coeliac disease and dermatitis?

So, how does food play a role?

When following a strict gluten-free diet, there are a few things to consider. This includes avoiding foods containing gluten, even trace amounts, while also maintaining a nutritionally balanced diet. Gluten is found both naturally in grains such as wheat, rye and barley, but it can also be added to packaged foods as a binding agent, or even be found due to cross-contamination from processing. Even the smallest trace of gluten can cause damage to the small intestine and may cause a relapse of dermatitis.

It can be difficult to juggle all of this on your own, while still making sure you are getting in other key nutrients for optimal skin integrity. If you’re finding it overwhelming, or just want someone to reassure you that you’re on the right path, we recommend speaking to a dietitian for advice. Not only will this empower you with the knowledge needed to confidently follow a gluten-free diet, but it will also get you one step closer to the best possible management of these conditions.

If you wanna chat to someone who gets it when it comes to flare-ups, Ellie is your girl. You can follow her on Instagram via @elliethompson_dietitian

PS. If you want to learn more about Verde, click here.

Posted in Tips, Yours Only.
Share
NextRosacea? Try incorporating these foods
Cart Close